So here are some updates on my farm. The raised garden bed has now been completed. I have filled in the 36 holes to use them as planters, and I have 4 caps on the remaining 8 holes, so they can be used both as seats and as covered storage. 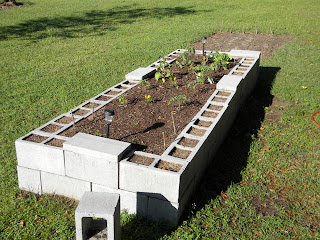 I also had some fireants decide to bed up in the upper left (from this perspective) corner. Tossed some Ortho Fireant Killer on them, it took three times as long to kill them as the bag claimed, but they did finally die (or leave, not sure which lol - when I used Spectrum Fireant Killer, I always found thousands of bodies on and around the mounds, but so far haven't found bodies with Ortho). We had a storm blow through here last week, so I had to move my zinnia peat pot trays that were on my potting table. I'd lost one of the trays just before the storm to some high winds that blew it off and spilled the seedlings into the lawn, but the other 3 are now on my porch, and the seedlings so far are growing: 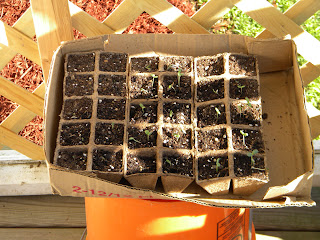 As to my corn patch, it's looking good too. I have sprouts in the patch - at the point the following pictures were taken, about a quarter of the seeds had sprouted, but as of today, I think almost all of the 45 seeds I planted have sprouted. 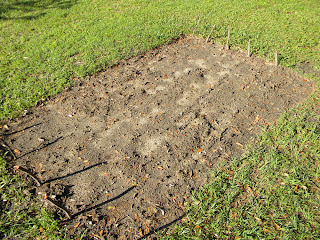 The corn patch in its entirety. Definitely not a huge garden spot. :) 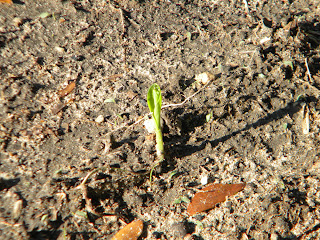 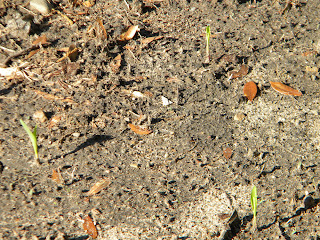 A trio of corn sprouts in triangular formation. 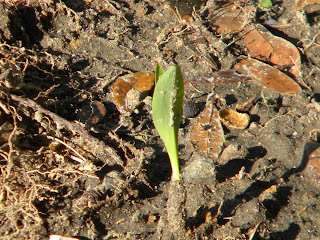 Closeup of a very strong sprout! 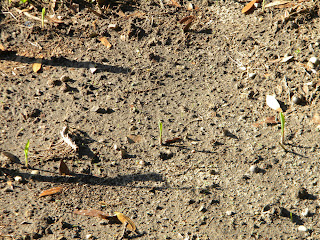 A row of three sprouts.

Definitely looking forward to my first ears of Silver Queen sweet corn from this patch! The sprouts, at least at this stage, are growing actively and aggressively; I fully expect them to be a foot high by the beginning of April! Although I've never raised corn before, so reality just may fall short of my expectations!
Posted by George Booth at 6:46 PM